I know it’s been a couple weeks since I have blogged. I really have not had much to say and too tired to say the things I do have to say.

Today would be a work day for both Jesse and I, but took a VTO day (voluntary time off) and Jesse did not. They have been asking everyone if they want to take time off most days. I also took the afternoon off last Wednesday. If you say you will accept VTO they put all the names in a hat and draw names.

Several work campers have left saying it’s not what they want to do. I really feel the same most of the time, but I want to stick it out.

I really don’t mind the work, we are kind of like robots and don’t have to think.  It just really is a long day, DIRTY and the heat really gets to me. The warehouse is really hot and I don’t like to be hot. It doesn’t seem to bother Jesse near as much as me.

We have done a few things on our days off. We visited the Dalton Museum, not very exciting, I think Jesse enjoyed it better then I did. 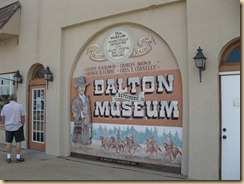 The story: The gun battle between the outlaws and the forces of law and order – took place in Coffeyville, Kansas.  The gun battle lasted just 12 minutes.  Eight men – four robbers and four defenders – were killed, and four, one of them a bandit, was wounded in the Plaza area where this Dalton Defenders Museum is now located.

After that we took a tour of the Brown Mansion. 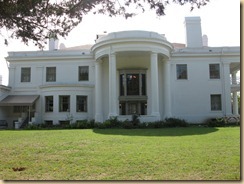 The tour took about 40 minutes and it was just the two of us on our tour so we got to ask lots of questions. Some rooms have original hand painted canvas wall coverings. Tiffany leaded-glass accents the main doorway, and a signed Tiffany chandelier in the dining room is believed to have been hung by the designer personally. 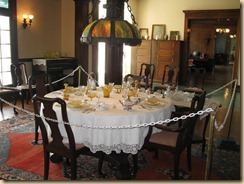 After the Hearst Castle this was like a small house.

I liked the stove. 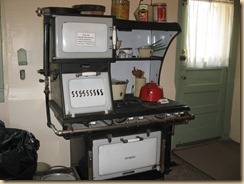 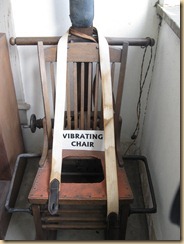 This past Saturday Chuck and Kathy stopped by for one night to visit on there way to Colorado Springs. Barb Williams planned  a dinner gathering at there place that was very nice. 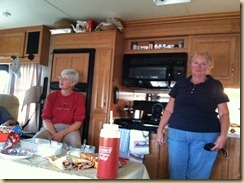 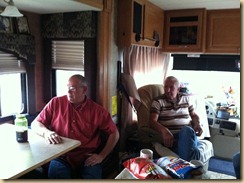 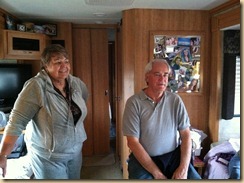 Kay (our dog walker) and Chuck 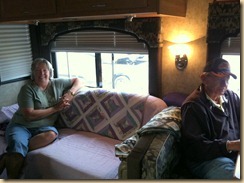 Sorry John don’t know why I didn’t get your picture. It was a nice evening and being able to see Chuck and Kathy again was a bonus, thanks Barb for setting it up!

We got the sad news this week that our friend Elgin had passed on and we are sending thoughts and prayers for Cathy and their family for the strength needed to get through this time, Elgin is at peace.

When we got home from work today Jesse had a message from the repair shop saying our car was ready. YEA!!

I got out of the shower threw on some clothes and off we went. Jesse paid the bill $620, and he drove the car home to be sure everything was running correctly …..  all systems were working well.

It was a really hot day at work today very humid.

It rained last night and Jesse and the boys had their first walk today while getting rained on, but it was nice listing to the rain on the roof during the night.

The days are getting easier at work and they they go by fast because we are busy stowing asins (Amazon standard item number).

Today ends our 3 days off.

We spent the 1st day off, Thursday, having coffee and relaxing in front of our computers while watching the “Today Show”.

I made us some breakfast of scrabbled eggs, bagels and juice. Later in the afternoon we got dressed and went to Walmart for supplies. After we returned home I made tacos for dinner which is what Jesse asked for. We watched TV and just relaxed until bed time.

On Friday after my 1st cup of coffee we called Elizabeth our daughter. She turned 40 years old today. We wanted to make sure we talked to her before she went to work. It sure makes us feel old.

We actually spent the rest of the day at home just hanging out. I did laundry, vacuumed and dusted and enjoyed staying home. I made spaghetti and salad for dinner.

Today I finished up the laundry and we made plans to go to dinner with Kay and Ed / Barb and Bob. We rode with Bob and Barb to Independence which is about 15 miles away, while Ed and Kay followed.

Our dinner place was Brothers Railroad Inn. It was a very nice clean Italian restaurant and we all enjoyed our dinner and getting to know each other better.

After dinner we stopped in Walmart to pick up a few items and then returned home. It was a nice evening and look forward to more.

I have not written since Sunday, mostly because I have been exhausted when we get home.

Working at Amazon is a great way to make some money in a short period of time, but it really is exhausting especially when you are not used to this kind of work. They keep telling us that it gets better as you get used to it.

One thing I can say is they really like work campers and make you feel special. They say that we are reliable, accurate and stay on task. They hire hundreds of temporary work campers that get laid off on December 23rd.

Jesse and I both work in the inbound department. We put items (asins) away (stow) on shelves (bins) all day long. Amazon has their own language. You put the items (asins) wherever you can find room, items are not assigned a specific bin.

We get up at 4:30am and Jesse walks the boys, which by the way it’s dark and they are not ready to get up. We have to drag Mr. B out of bed. I get up make the bed, and start getting dressed. Then I make lunches, eat a yogurt for breakfast and then out the door. Jesse makes me a cup of coffee and has a little time to get on his computer before he gets ready. He walks the boys one more time before we leave.

We are to be at “stand up” ready to work with our scanner at 6am. Stand up is an area that all workers meet in the morning and after lunch for announcements and to do some brief stretching.

Our commute is very short we are only about 1 mile from the warehouse. When we get home our boys seem very happy and are happy to see us. They are being walked by Kay and we are very pleased to have her be a “2nd Mommy” to them for us.

When  I get home all I want to do is get in the shower. Then I have to make dinner and of course I really don’t feel like it because I am exhausted. I told Jesse that I will be making casseroles that all I have to do is warm up in the microwave in the future.

Today was a long day. We were at the Amazon plant at 8:15, parked and walked into this massive plant they call “Fulfillment Center”.

There were about 40 work campers that attended this orientation. We saw films on sexual harassment, Code of Business Conduct and Ethics and a power point presentation on policies and procedures.

We had a break where they served cookies, coffee, tea, sodas and water.

We got our pictures taken for our company ID, which we use to punch in and out on the time clocks.

We also had to fill out many different forms actually seven that needed to be turned in.

For lunch they served sandwiches and veggies along with the same drinks.

Then we were given a tour of the plant and had to go through 5 or 6 different safety schools. We were given a test after our schools to see what we learned.

The last hour and a half was the worst. 2 HR employees took 1 couple at a time and had them fill out their I-9 forms on line. It took a long time for all of us to complete this task.

We both have the same schedule working 6:00am-4:30pm, Sunday-Wednesday with Thurs, Fri and Sat off.

Which means we will need to be back at work at 6 in the morning.

I made us soup and grilled cheese sandwiches for dinner.

The boys seemed to be fine when we got home, so I am sure Kay took good care of them…Thank you very much!!! 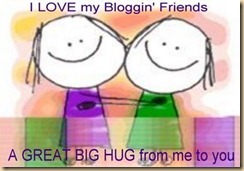 Today started off slow. We both sat with our computers for a long while this morning enjoying our coffee and watching the food channel.

We finally got up and got dressed and decided to go into town for breakfast and to see what the “Re-enactment of the Dalton Gang called Defenders Day” was all about. As we were leaving the park we saw Barb and Bob at another rig and was waving us to come over. We stopped and they introduced us to Kay and Ed.  Kay has agreed to walk our boys for us while we work 10 hours a day.

After talking a while Jesse and I took off for town. We stopped for breakfast at Eggberts. Then we walked around the town. They had a craft fair that was not too swift. Jesse walk around and looked at the classic cars. 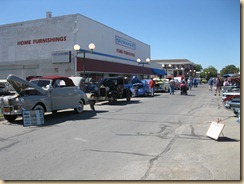 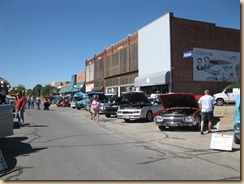 Then we took the truck to a self car wash to get some of the dirt off.  We dropped the movies back to Walmart and picked up a few things that we forgot yesterday.

After we got home Jesse drove over to get Kay so see could meet the boys. She stayed awhile so the boys could get used to her. We have orientation tomorrow starting at 8:30am.