Since we got a new to us Mobile Suites I knew we were going to have a problem towing with a single rear wheel truck.

Just towing from the dealer in Tucson to Gold Canyon was a bit hair raising.

I was on the lookout for a dually. The make did not make much of a difference as long as it was not a Ford 6.0 and I did not have to put out a large amount of cash.

I started checking craigslist and local used truck dealers and even went to a couple of dealers but the amount of money they wanted along with my trade in was ridiculous. So I kept on looking and came across a former full timer that was getting off the road and was looking to trade his HDT for a pick up of equal value.

I made some inquiries about his vehicle and vice versa and we came to an agreement for even exchange of vehicles. 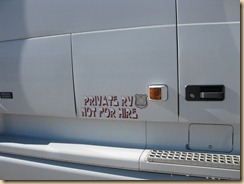 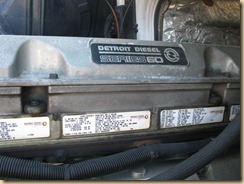 It was a class 8 heavy duty truck singled out (one of the tandem axels removed) which made it a class 7 and titled as a motor home since it had a microwave, fridge, port a potty, and a bed in the sleeper area.

Since it is considered a motor home no special license to drive is needed. The previous owner had extended the bed and installed some large ramps and a winch so he could piggy back his Geo Tracker on an angle behind the cab. I had no intentions of doing that and the stuff he built for the Tracker would not work with our car anyway so with the help of Bob we removed the 4 ramps and some steel and sold them at a metal recyclers and I sold the winch on craigslist. 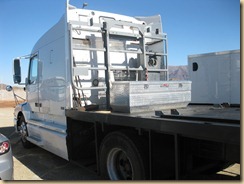 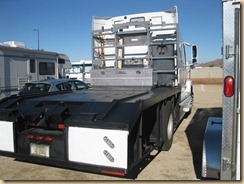 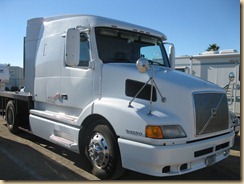 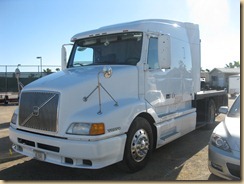 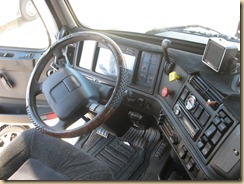 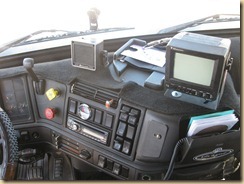 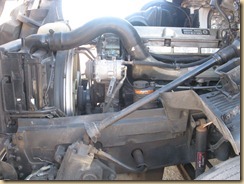 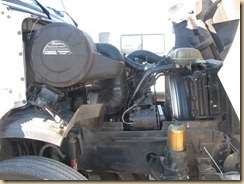 When we get back to Colorado I plan to remove the bed extension and build some storage cabinets and do what is needed so we can double tow.

Very nice... Good luck with it!

That's quite a truck!