When I left you last we were heading to dinner and an evening with our RV family to celebrate Christmas. We were going to cook dinner but the guys suggested we go out instead, so we left it up to them to decide where to eat. They chose Texas Roadhouse. 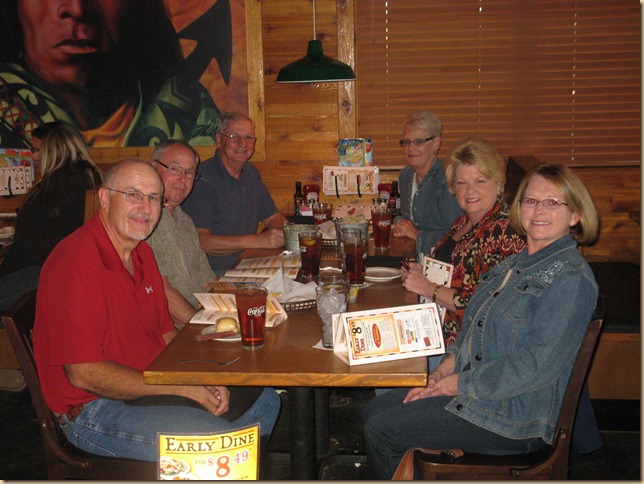 We had a mix of ribs, shrimp and steaks with sweet and baked potatoes, salads and vegetables. Everyone said their meals were very good.

After we headed back to the resort. We all went home to gather our choice of games and drinks and headed to the multi purpose building for an evening of fun.

The ball room was all decorated for the holiday. 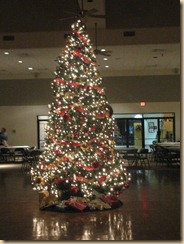 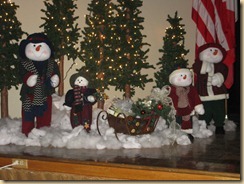 We met in the Prickly Pear Room just off the ball room to play. 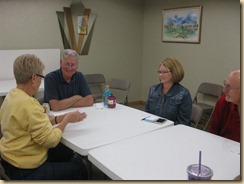 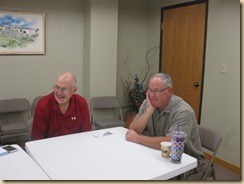 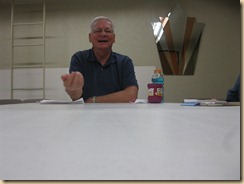 We stared the fun with a game of Farkle, Bob won. Then we moved on to Sequence. I think the guys won 2 out of 3 games but not sure. 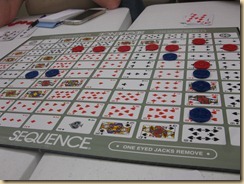 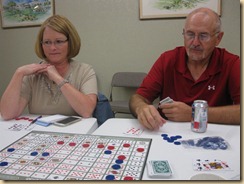 We stopped the fun for delicious dessert then played Left, Right, Center with dimes and nickels. I think everyone won at least one game, except Jesse … so it was a lot of fun.

We exchanged some goodies and called it an evening around 9pm and headed to our own rigs.

Today Jesse aired up all the tires in the truck and trailer. He also took our car to a tire place. There has been a lot of noise from the front tires. He had to purchased 2 tires for the front.

He also strapped our bikes on the bed of the big truck ready for travel.

I messed around the house and did a load of laundry.

In the afternoon we went over to say good-bye to Bob and Janet. They are leaving in the morning to fly back to Missouri to spend the Holidays with their family.