Wednesday Jesse and I decided to get some exercise.

Then baseball, we only played a couple of innings.

Then on to bowling. Now this is my game I beat Jesse 2 out of 3 games, and his one win was only by 1 pin.

Jesse was tired after all our “WII” exercise and he took a nap.

We had happy hour outside on our patio with the boys. It’s been hot here mid to upper 90 everyday, but it’s nice sitting outside in the evenings in the shade.

I noticed last evening we saw a few humming birds, so I put out the feeder on the dinette window. 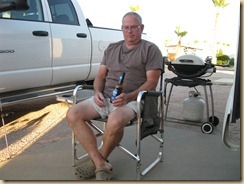 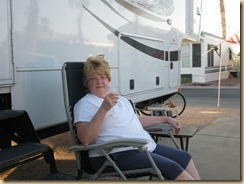 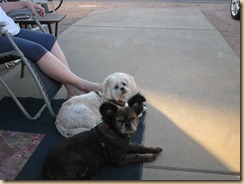 From my chair down the street 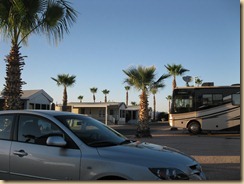 For dinner we had leftover Salisbury turkey steaks and vegetables, and watched the hummers feeding.

Today was really a lazy day, we were resting from all the exercise from yesterday. LOL

It rained lightly off and on during the day and thundered towards evening and we had several 2 to 5 minute downpours.

I did several loads of laundry and made a pot of chicken chili for dinner.

We spent the day reading and watching TV. Jesse did several naps.

Not too much more to write about, so I will says so long for now. 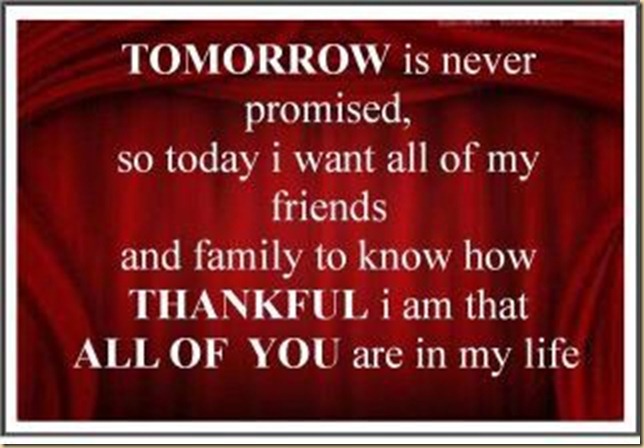 We are ready for some of that exercise and resting.
See you soon!