This morning was just like any other weekend morning. Jesse got up at 5am and I was up by 6am. We had our coffee and sat in front of the computers.

We were anticipating a real good afternoon and we were not disappointed.

Jesse went out to mow the grass while I prepared macaroni salad and desserts for tomorrow when the children and grandchildren are coming over for a cookout.

Around 1pm after showering and putting on clean clothes we drove to Mountaindale RV park going west on Hwy 50 to spend the day with Ed and Marilyn and have Ed’s Famous Penne Pasta.

When we left Pueblo the temperature was 88 degrees when we arrived the temperature was 81 degrees and they were sitting outside. We went inside to get a drink, and then sat outside getting caught up with the events since we last saw them. Marilyn served a cream cheese and sweet spicy peach dip with crackers and it was yummy.

After a while we went inside and Ed started cooking, while Marilyn assisted. (Sorry for the blurry pictures)

We chatted with him while he cooked. Marilyn made a delicious salad with mixed greens and feta cheese. 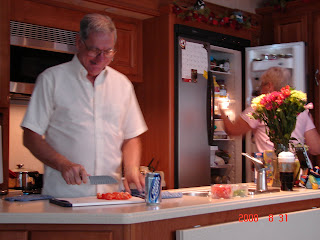 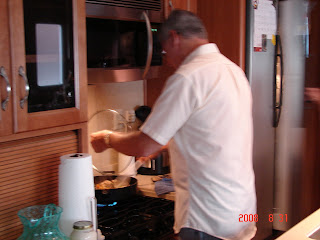 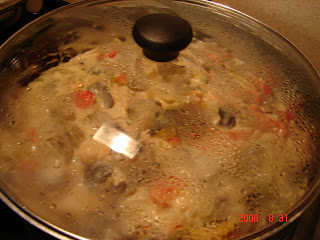 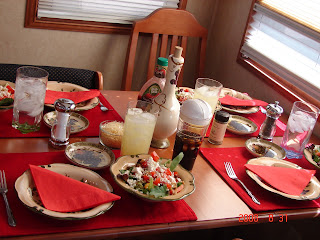 The presentation was GREAT and everything was scrumptious. 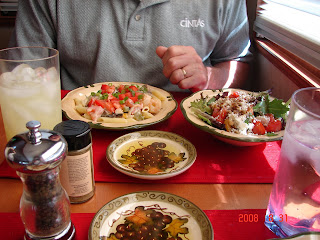 After dinner we played a college dice game called Farkle the whole game fit into a 35mm film camera container. You play with 6 die and the object it to roll 1’s or 5’s to accumulate 10,000 points-ED won.

After that we played a board game call “sequence” which we enjoyed like a lot. We played boys verses girls and the girls won the first 3 games and the guys won game #4 and then we quit and had dessert while watching Big Brother. 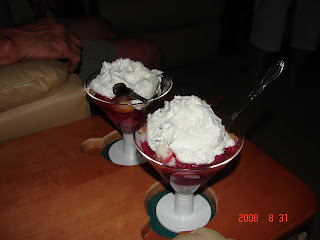 Then it was time to say see ya down the road, as we needed to get home to the boys. They were very glad to see us and wanted to eat their dinner.


We have enjoyed getting to know these two really special people and look forward to being able to spend more time with them as soon as we can get back on the road. 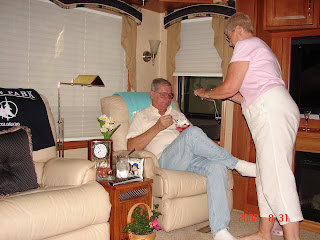 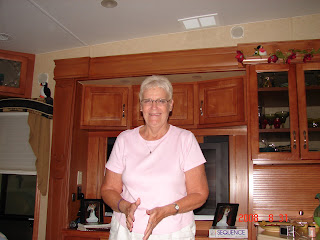 We'll see you Sunday at the ranch! We have Internet again! Bob and Lynda