Sunday I was up at 6:30 to walk the boys. Jesse stayed in bed, as walking is the most painful thing for him to do.

The pasture and view north up the valley to the mountains 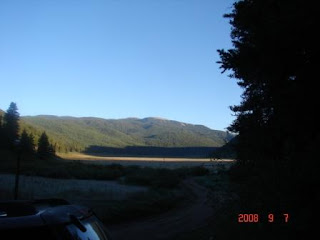 Karen leases some of her 750 acres for cow to graze on. 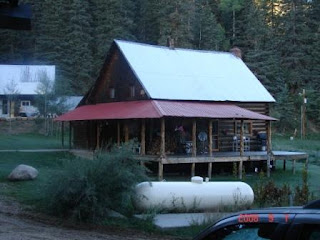 The Bath House/Lodge - They are building a loft in this building with 6 beds. 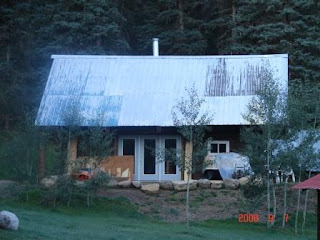 A chipmunk or ground squirrel 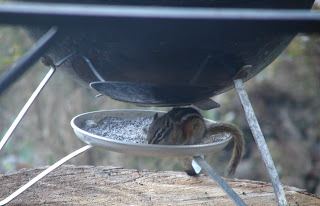 After a little quiet time, I made us some breakfast- eggs, corned beef hash, and bagels. I walked the boys again, while Jesse cleaned up the dishes.

While I was getting my shower and dressing, Bob and Lynda arrived. When I came out of the bedroom Bob and Jesse were talking, but Lynda had gone off for a walk. I sat with them talking for a bit when I saw Lynda walking past our cabin and went out to say hello. JoAnn walked by and Bob also joined us as we stood outside on our porch talking for awhile, then I excusing myself so I could continue to get dressed.

Jesse had taken his shower in that time and went over to the Ranch house while I finished. 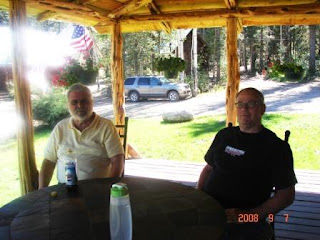 I walked the boys one more time and joined everyone at the Ranch house.

Linda’s beans were cooking in the Crockpot and they smelled sooooo good. She was also making hamburger patties, but needed “onion soup mix”. (That is the way Howard likes them) No one had any so Howard looked it up on the internet and we made some homemade mix.

I had brought some salmon that one of my co-workers had caught last week, while in Alaska on a fishing trip and shared with me. (Thanks Jason!) I marinated them in some soy and garlic that Karen had in the refrigerator.

By this time it was noon. Lynda, Karen and JoAnn went for a hike up to the spring and took pictures of the skunk cabbage. It is said by the Indian's that the snow will be as deep as the skunk cabbage is tall, it was way over JoAnn’s head.

Linda and I decided to make a snack for all to share. So I cut up carrots, celery and broccoli while Linda made some ranch and blue cheese dipping sauce. I also cut up some pepper cheese and we served with crackers and Frito corn chips.

The girls were back from their hike and we all sat on the deck and enjoyed our snack and conversation.

Willie a ground squirrel came to visit, he likes cracker as you can see. He wasn’t scared and would take food from your hand. 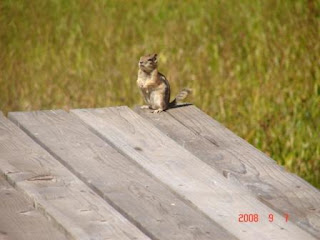 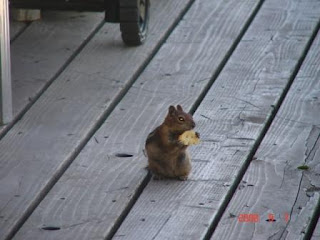 After a while Howard started the grill and proceeded to cook hamburgers, brats and salmon. He did a great job!! We also had “fried” corn and cold slaw that JoAnn had made. The corn was what we called “creamed” corn only this was homemade as she cut the corn from the cobs herself (I think she had help, but that took place before I arrived) anyway she made with butter. She tells us the real southern way to make it is with bacon grease.The way we ate it was delicious.

They also invited some of the hunters to join us for dinner. You can see them in the background. 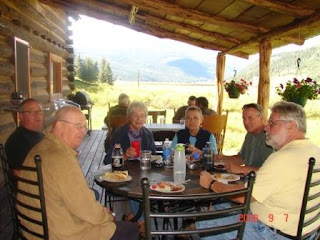 After eating we had a surprise birthday party for Fillmore who will be 8 this week. It was a lot of fun with presents and hats. See for yourself. 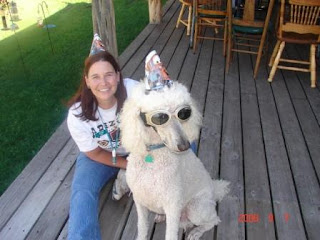 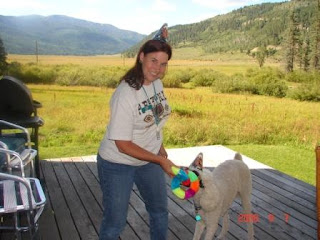 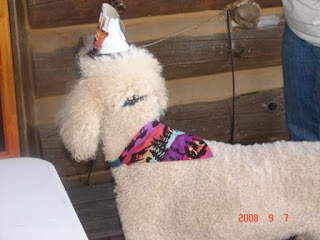 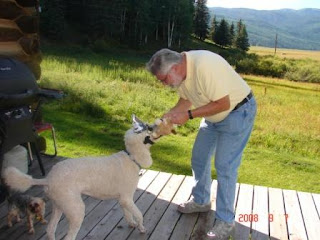 There was also a “Thank you” ceremony for Doug and JoAnn that Karen had prepared. Karen presented JoAnn with a Certificate of Appreciation for her contributions as "Cabin Domestic Goddess, High Altitude Baker, and Hostess with the Mostest" 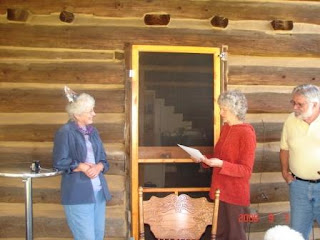 Doug’s certificate was for “Colorado Cowboy and 1/2 Handyman”. For those who don’t know the joke has been that Howard and Doug make up 1 handyman. 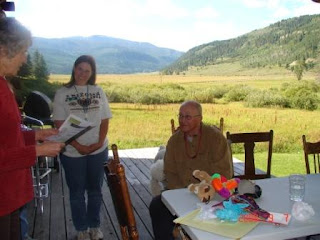 Linda had made a bracelet for JoAnn of the view of the valley and mountains from the porch, while Doug received a picture of the double rainbow that was taken by Howard. Karen also gave them a little gift of appreciation. 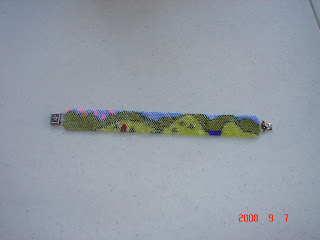 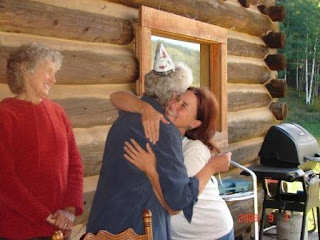 After a while Bob and Lynda were leaving to go back into Pagos Springs to Riverside RV Park were there house on wheels is parked. We bid them farewell again and told them we hope to see them this winter in Texas. 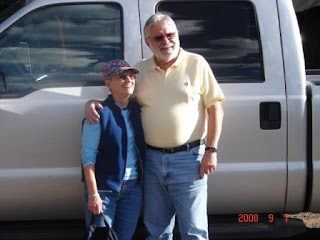 At 7:00 we had dessert hour again. There was peach and apple pie along with cake and cookies. Some of the guests from the other cabins joined us tonight. They had hunters from Vermont, a couple from Durango, and two sets of fishermen. Two of the fishermen were astronomers. There were a variety of people gathering for good conversation, dessert and laughs.

The “hour” lasted until 9pm, when everyone said goodnight. We walked the boys and when off to bed.

See ya down the road.