Friday, May 23 - My Dad’s Birthday-Lunch at Akropol (Swift Current, Canada)

Today would have been my Dad’s 89th birthday. He left us when he was too young (61) and I miss his hugs the most. He could always make me feel better no matter why I was down just by giving me a hug. 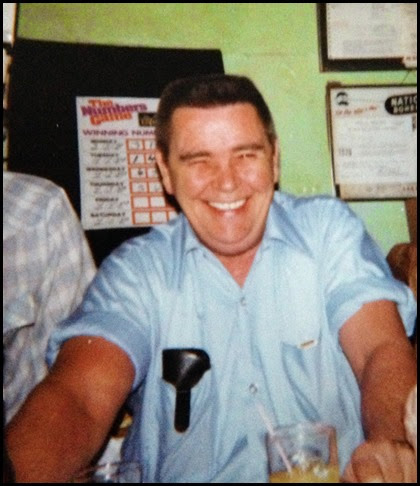 Jesse and Bob cleaned the the outside of the rig this morning.

B&J ending up washing their whole rig, they just wanted us to look bad. LOL 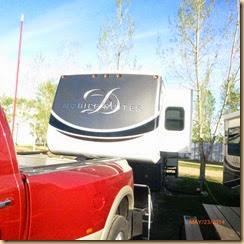 Jesse cleaned the the bugs off the front nose and then put on a restorer then waxed it. You can’t tell in this picture, by it looks good. We spent the rest of the morning just relaxing, doing more laundry and computering.

We met Trent and Teresa at Akropol Café where Teresa works as a hostess. As the name implies it’s a Greek Restaurant. It is located right in the downtown area. 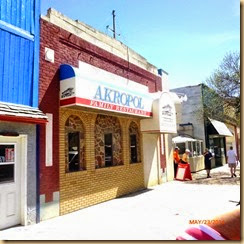 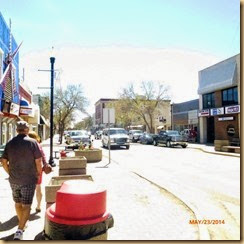 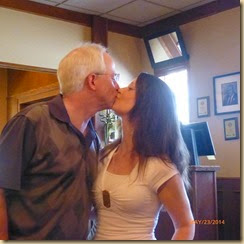 The food was a little on the high side but very good. We met many of her co-workers and her boss was very nice. 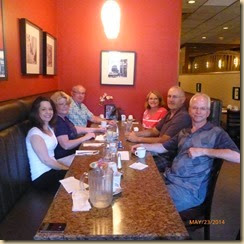 After dinner we walked around the down and browsed in and out some of the shops. The heat was getting to me (it was 30 Celsius which is about 86 Fahrenheit) so Bob went and got the truck to pick us up.

Janet and I said our goodbyes to Teresa as she needed to go back to work.

It has been so nice to see these two wonderful friends again and we look forward to seeing them this January in Texas.

Trent, Jesse and Bob were going to the stock car race tonight.

Janet and I were happy for the guys to have a guys night out and we had some alone time to ourselves.

Ginger, you are right, 61 is way too young to lose your Dad.

It was so wonderful to host you guys, and spend these past few days together!!

Safe travel, and you know we will be checking in daily!!