Thursday, May 19 – Not Much Going On (Colorado Springs, CO)

We have mostly just been working then hanging out at home when finished.

A bright spot was helping Kim our daughter-in-law celebrate her birthday on Tuesday. I worked until 1pm then came home and made pasta salad to take with us tonight. Jesse worked until 4pm, got a shower and down the road we went.

It takes about 1 hour to drive to Adam and Kim’s. They invited family and some friends and it was a very nice gathering.

Adam and Kim had just recently got a goat. His name is Winston and Adam has become attached to it, says it follows him around. 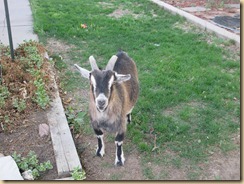 Some of the guest brought the fixins to made Jalapeno Poppers with spicy sausage and cream cheese. Several people watched and helped. 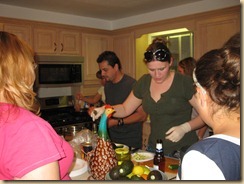 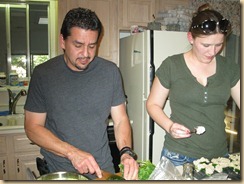 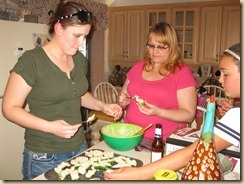 Kim and her sister Jenn 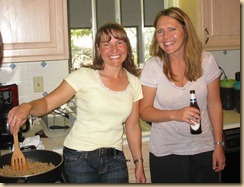 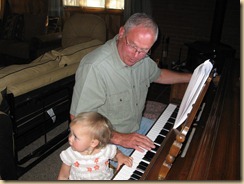 Several of the girls doing shots at the bar 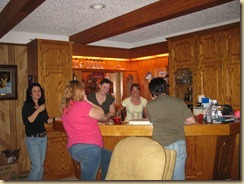 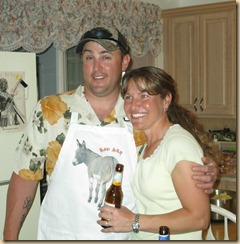 Adam baked her a cake and it was yummy. 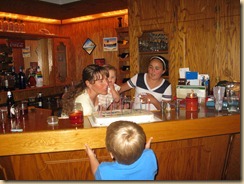 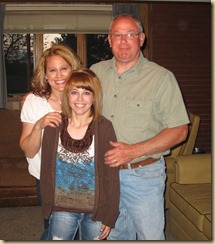 What a great time, what happy people! So glad you got to share such a good time!

Also great being with family...
Have fun
Donna