Today we made reservations to take a swamp tour.

A little background, on the way to LA we saw several trailers pulling swamp air boats

I expressed to Jesse how much fun I thought that would be and that I would love to go on a tour while here. He said okay.

He asked Betty about what tour she would recommend and also went to H & L’s RV-Dreams site (remembering they went on a tour while they were here) and he found Champagne Swamp Tour.

We were set to go today at noon. We left the park about 10:45 because it was about 50 minutes from us at Lake Martin.

Now image my disappointment and surprise when a regular boat pulled up and Jesse said here we go.

Now I must tell you that I was not disappointed with our guide Bryan or the tour when finished. No It wasn’t an air boat, but I enjoyed the trip so very much.

In this picture Bryan just grabbed the gator by the mouth and pulled him into the boat for a better look. He also took on board this baby which was about 7 months old. Jesse held it and he also let it bite at his finger. 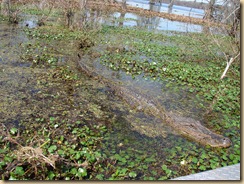 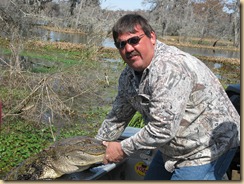 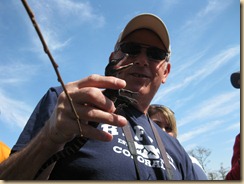 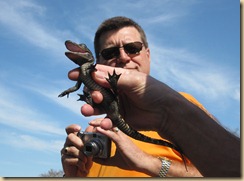 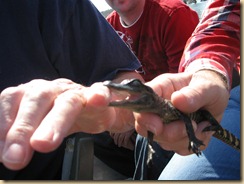 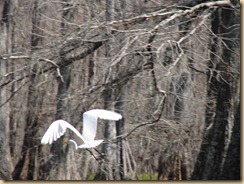 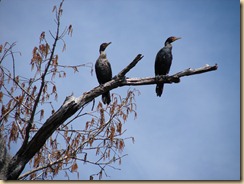 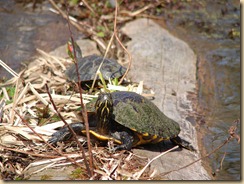 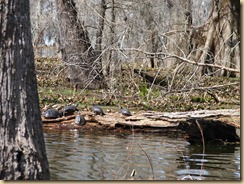 Nutria, is a large semi-aquatic rodent. Nutria are smaller than a beaver but larger than a muskrat, it has a round, slightly haired tail. The forelegs are small compared with its body size. The forepaws, have five toes; four are clawed and the fifth is reduced in size to groom and to excavate roots, rhizomes, and burrows, and are used in feeding. The hind legs are large compared with the forelegs; consequently, when moving on land, the nutria's chest drags on the ground and its back appears hunched. Nutria are capable of swimming long distances underwater. When pursed while underwater, nutria can see and will take evasive action to avoid capture. 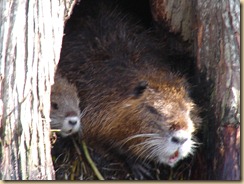 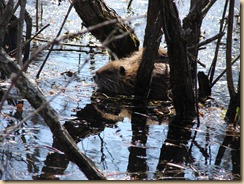 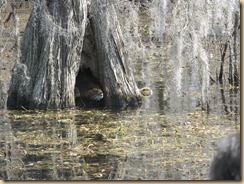 We also saw snakes but no good pictures of them.

The word bayou originated from the term bayuk, the Louisiana French word for "small stream" By definition, a bayou is a watercourse, usually the offshoot of a river or lake in a lowland area. It is a sluggish or stagnant creek, frequently flowing through swamp terrain. The term is used mainly when referring to areas in the delta region (the area near the mouth) of the Mississippi River. In comparison, a swamp is low-lying, marshy wetland, and is usually forested and seasonally flooded.

Here are a few more pictures of the swamp. There were 16 people that were on the boat with us. The boat was very stable at all times. The seats were really comfortable and they swiveled all the way around to get a 360 view. All this was for $20 per person. Very much worth it! 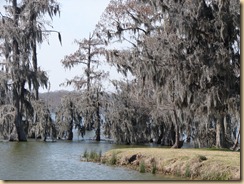 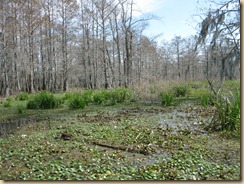 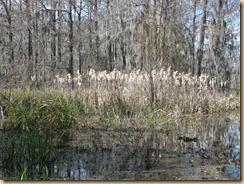 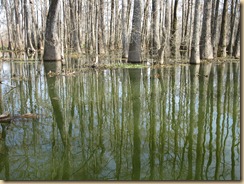 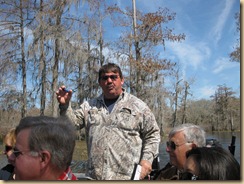 After we got back to Betty’s she told us about a place to buy some fresh shrimp for $3.50 a pound. She called them and they had some left so off we went. They are flash frozen individually and with the heads on. When I got them home I just cut off the heads and put them in a bag and then in the freezer, we will make about 4 meals from them and you can’t beat that for $17.50. 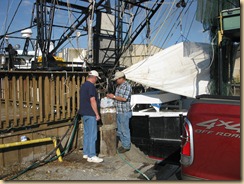 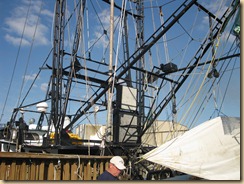 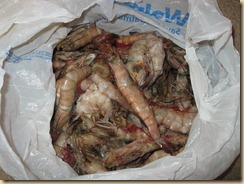 It was a great day. We ended it with cocktails on the patio and decided to say here a few more nights.

Oh yes... LOVED your post on Tabasco... went there last year and was glad we did. Loved the store!!! Did they still have Jalapeno ice cream? I loved that!!!

Looks like a fun trip. Gators are neat until one tries to mate with your luggage...LOL