Tuesday, February 16 – Space Center and dinner with a friend

We started the day as usual, coffee and reading.

We were dressed and ready to leave at 10:30am. We headed to Johnson Space Center for the day. Jesse paid the fee using our coupon for $5.00 off each ticket. 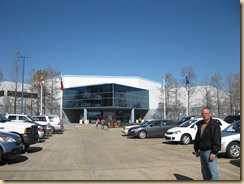 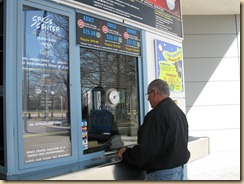 I really didn’t know what to expect, but didn’t think I would be interested in too much, but I must say it was really fun.

There are several exhibits that were very interesting and some helpful information. 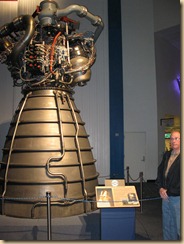 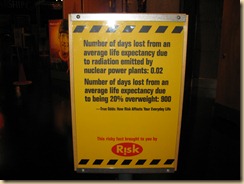 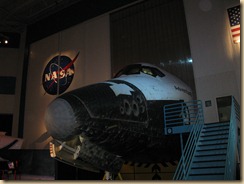 We rode on a tram around the complex which is very large about 1600 acres and built like a college campus where they employ over 10,000 people. 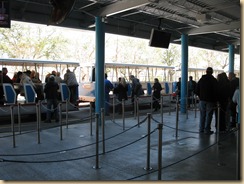 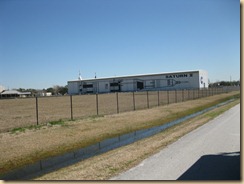 The tram was nice, but it was chilly and we were not dressed for the outdoors so we snuggled. Our 1st building took us to a control room that you had to walk up 87 steps to get there. I was not sure I was going to make it. I was very weak in the knees when I finally made it to the top.

This is the original mission control room and was retired in 1985, it is now a historic landmark.  These are monitors that are connected to the main frame downstairs.  The state of the art IBM mainframe had less computing power than a cell phone or cheap digital camera. 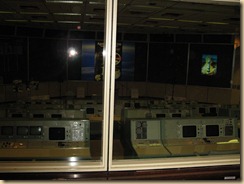 Then on to the mock up building where the astronauts can practice working and living in duplicate space crafts. The engineers could also make sure any new equipment or experiments would fit.  The center photo is the robot arm used on the space shuttle.  In space it can move thousands of pounds of equipment to the orbiting space station on earth it cannot lift itself. A similar hydraulic mock up is used for training.  The lift photo is a mock up of a Russian Soyuz spacecraft.  Astronauts are also trained to work and live in the Russian craft.  In fact after the last shuttle mission this coming September, US astronauts will be flown into space by the Russians until the shuttle replacements are built. 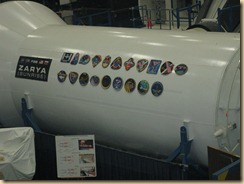 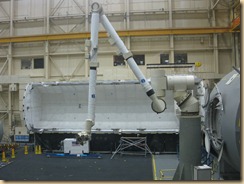 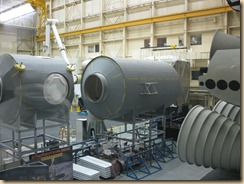 This is a lunar rover to be used if or when we return to the moon. It houses three people and has an air lock so they can change into their space suits to exit the rover. We also saw one outside beings used to train. 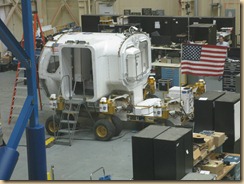 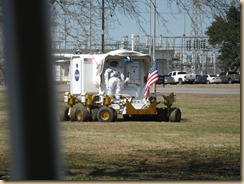 Then we went to the Saturn 5 building which is taller then the Statue of Liberty. The Saturn 5 was used to launch all the Apollo missions, which include the lunar missions. It’s just massive!!!! 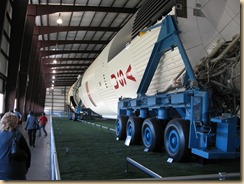 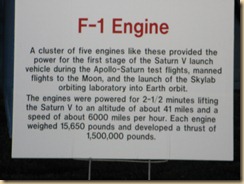 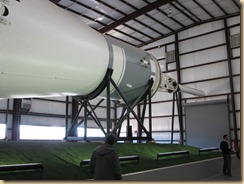 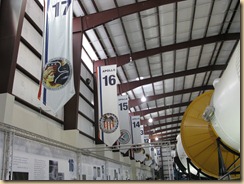 Then we returned to the main building and walked around seeing the rest of the exhibits. We also had a bite of lunch at the snack bar. 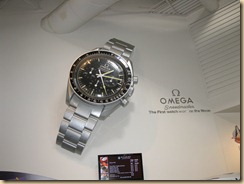 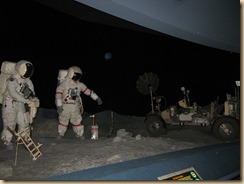 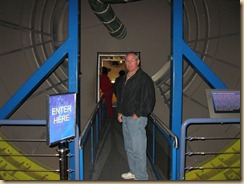 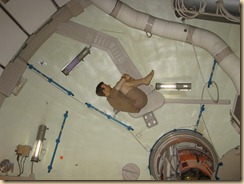 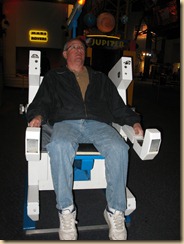 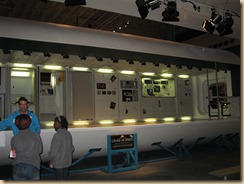 We left for home and to spend some time with the boys before going to a friends house for dinner. Terri worked with me for 4 years while at Mid-Atlantic Materials in Baltimore. We had a very nice dinner and visit with her and her daughter April and 3 grandchildren. 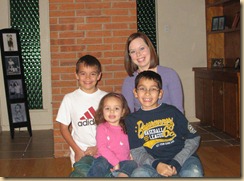 Back: Anthony and April 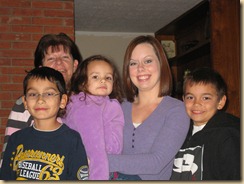 It was a really fun day and a great ending spent with friends.