We were up and doing the usual routine. Early morning I baked some chocolate chip cookie bars to take to the brunch today. Then we just relaxed until time to get ready.

So that the french toast casserole would be hot, I baked it just before leaving.

The brunch was much fun, lots of good food and laughs.

Here let me show you; 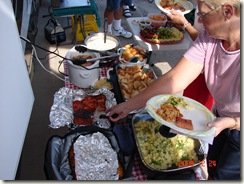 Sausage wrapped in waffle mix then grilled on an iron. 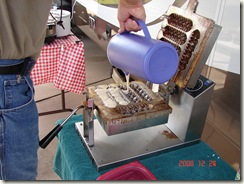 And of course no brunch would be complete without mimosas. 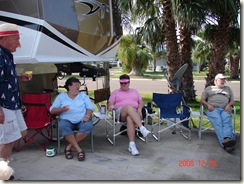 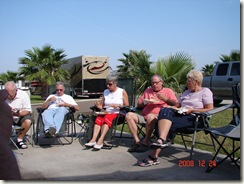 In line to get our food

Jerry, Jesse, Sue, Carl Juanita, & Pat (you also see the top of Marilyn’s head and some of Irene) 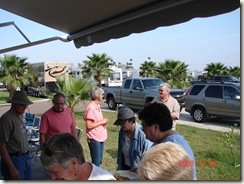 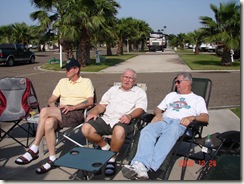 After we ate we played the game Catch Phrase again - What fun we had.

Everyone broke up around 2:00 and went to their own rigs. There was a choir service at 7:00 pm that Jesse and I attended. Sue was singing and we wanted to support her.

Once home we watched some movies that Ed had lent us until bedtime.

We were up at the usual time and got our coffee, then let the boys open their gifts 1st.

Buddy was hiding-He is camera shy! 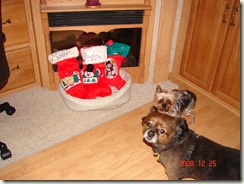 All three of our companions 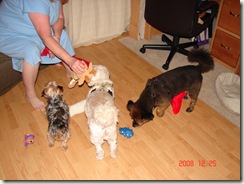 Jesse and I opened our stocking and then we talked with our loved ones in Maryland and Colorado.

The group met us at at the end of our street to ride our bikes to the Christmas dinner served in the Rec hall. The food was very good and we all had more then we needed. 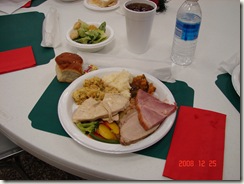 Ed and Marilyn Jerry and Kit

(That’s Irene in the background) 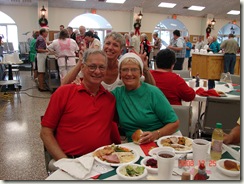 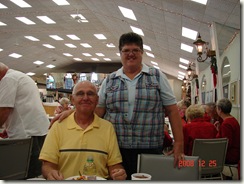 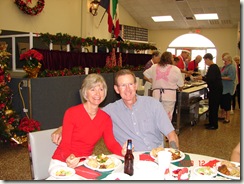 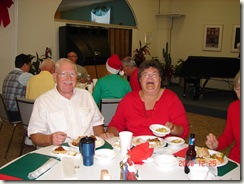 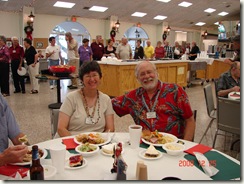 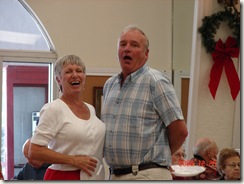 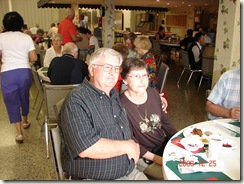 After we ate our meal and visited a while we went home to take the boys for a walk.

We were all invited to meet at Ed & Marilyn's for Margarita’s at 4:00. I brought chips and salsa, but no one was hungry.

Once that broke up Ed invited Jesse and I in to watch a video of a safari he went on in 2006.

It was a very nice day, although very different from any other Christmas day we have had. I am glad that we have such nice friend to spend this time with, since we are not with our families.

See ya down the road